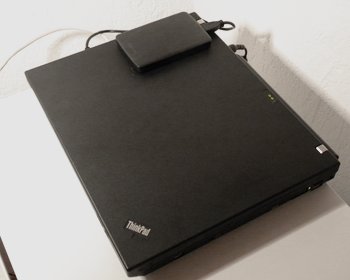 I used a Raspberry Pi at home as my home server. Now I replaced it with a Thinkpad. More precisely, an already aged model: a Thinkpad R61, why?

The RPI is a nice, small and energy-saving device. However, a few things bothered me. The RPI itself is small, but as soon as you want additional memory and need to connect an external hard disk, you need a second power supply. Power via USB is not enough. So next to the small computer I had a USB disk and an active USB hub with a power supply. Each with cables from one to another. Not a visual highlight. 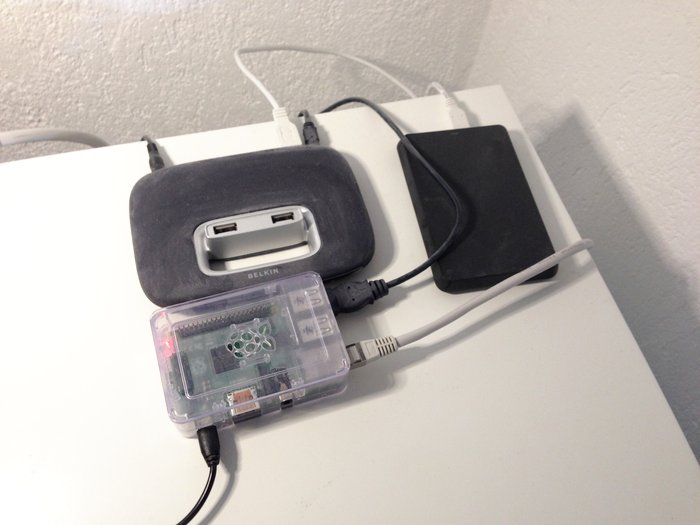 The computing power also has its limits. With the second generation it got better, but Owncloud, NAS etc ran slowly, but also reliably. What bothers me most, however, is that the operating system and data are running on the micro SD card. I never had any problems, but I often heard from others that there was data corruption. I don’t have the huge confidence in that small data storage. A regular backup was therefore always mandatory, but it is manual effort. Shut down, map out, create image and back again.

Whatever! I’ve been thinking about a new server for quite some time now. Since the Raspberry ran without problems, this was not a high priority and I didn’t want to spend a lot of money anyway.

A notebook as a server? Is that a good idea? I see a number of advantages here: Notebooks are economical devices and have a compact design. The battery also provides a built-in UPS in case the power is gone. Thanks to the integrated keyboard and screen, diagnosis is easy even in case of problems. Fold up and see what’s going on instead of removing it, look for cables, connect monitor + keyboard.

Sounds good for now. Disadvantages? Notebooks are not designed for continuous operation. On the other hand, the Thinkpad is not a narrow ultrabook with a high speed fan. Therefore, not every notebook is equally suitable.

Since a friend just wanted to take out his old Thinkpad R61, I took a chance. The device is older, but it should do the job. The computing power of the Core2Duo and 3 GB RAM should be sufficient. The Thinkpad R61 is rather the category of mobile tanks. It is large and heavy, compared to modern devices. The CPU has a large heat sink, which allows quiet and well cooled operation. The processor is in idle mode most of the time and clocks down. The fan is off most of the time. If it’s running, it’s very quiet. 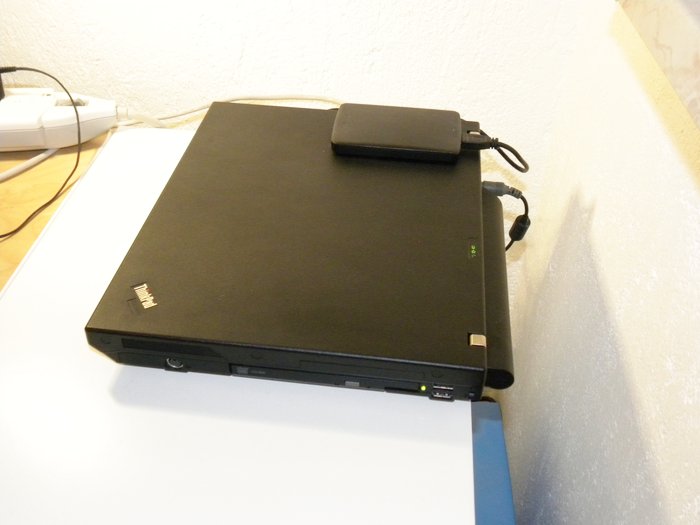 I replaced the hard disk with an SSD. A USB disk is used as a data grave. This is the small imperfection, an external device. Theoretically, this could be solved by a correspondingly large primary hard drive or by a hard drive in the Ultrabay port, instead of the DVD drive. This would also give you speed advantages over the network. The Thinkpad has a Gigabit Ethernet port. Another advantage over the 100 Mbit of the RPI.

Due to the age, a new battery was needed. These are fortunately quite cheap and so the battery costs only 30 Euro. The next question was the power consumption of the device. The RPI is hard to beat here, but even the Thinkpad doesn’t consume much. Without display and in idle mode it is about 13 Watts. With utilization it goes up to approx. 25 watts, but that is the exception. With display it is around 40 watts, but this is not active by default. Perfect.

Visually, I like the Thinkpad much better than the design of the Raspberry Pi. It takes up a little more space, but also dispenses with the clutter of cables. You could put a plant on it for decoration. The solid design of the Thinkpad should handle that. To have a quick look I can open the notebook and work directly on it. It is noticeable what the old Thinkpads had for cool keyboards.

Numerous services have been running on the RPI so far: Fil eserver, Subversion, Seafile, Owncloud, Jabber, Web server, MySQL database, Redmine. Linux was used as the operating system. On the Thinkpad I decided to ride two tracks. The basic system is Windows 10 and the services run in a virtual Linux machine.

Windows runs the file server part. Sharing is easy to set up in Windows. I converted the rest with VirtualBox to Ubuntu server. Many server applications run better on Linux. In addition, I can quickly create a backup of the virtual machine. I can also clone the VM for testing, make snapshots etc. In case the server stops its service, I can simply continue to run it on another computer.

The installation of the Linux VM took me about 2 days. I could take many things from the RPI and its configuration files, but every new Linux version makes things different and new.

In terms of performance, the old Thinkpad is considerably faster. The NAS comes to write rates at 20 MB/sec and read rates at 30 MB/sec. At the RPI it was just under 9 MB/s. The limiting factor here is the external USB drive. When accessing the internal SSD, you can write and read at almost 70 MB/second. I could improve this with an Ultrabay adapter and an internal hard disk, but at the moment this is no priority

Seafile and Nextcloud also run faster and more smoothly. I don’t notice any difference between the other services. Power consumption also fits. The volume is at zero most of the time. Only occasionally the fan starts up.

Conclusion: Runs to the fullest satisfaction and hopefully the next few years without any problems. But Thinkpads are built for eternity anyway. 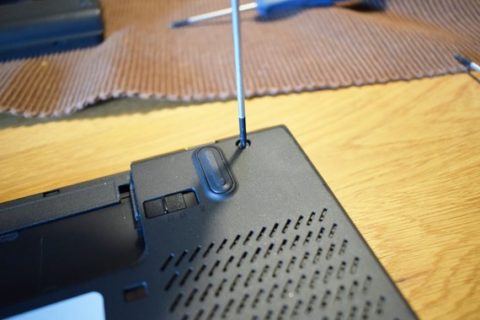 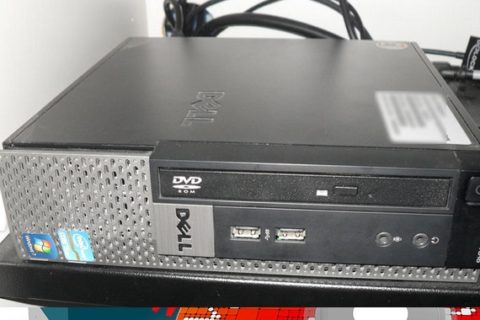