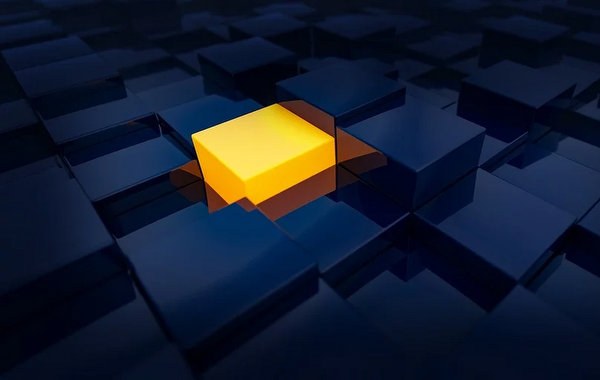 Why is copy an paste not working as expected in modern multi-platform applications.

Recently I did some tests regarding switch from Evernote to Nimbus Note another solutions. I am mostly using the software for writing blog posts on different machines. One of the most common tasks before publishing is to get every image from a note, copy it and paste into my graphics application for web export and optimization. However, this does not work with every software. I have been using Evernote 6.5 in the recent years, and it works, the new version 10 has problems putting a proper image to clipboard as well as one alternative Nimbus Note. Both software Evernote 10 and Nimbus Note use modern technology for multi-platform applications, but it seems that basic features like copy to clipboard are not working properly with other applications.

But let’s have a look how the applications work and why a feature like copying an image seem to be a problem nowadays.

Screenshot with Snagit – the classic way 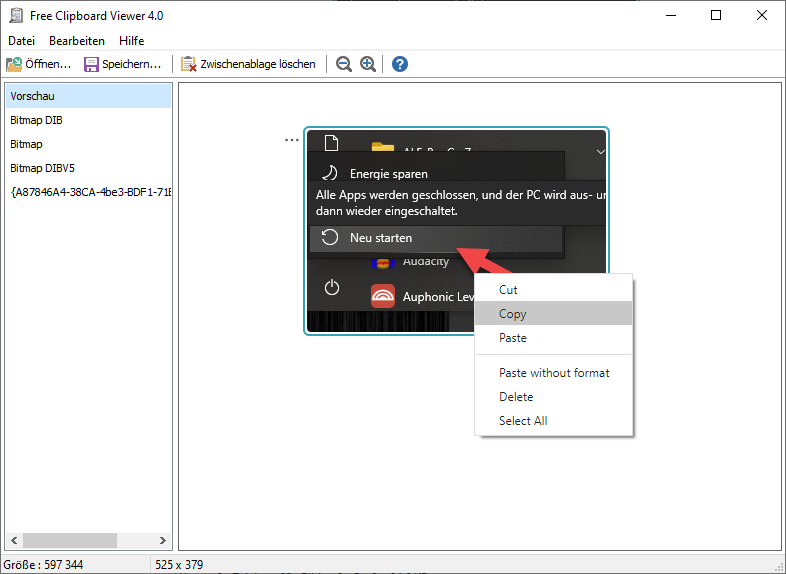 Other classic Windows application, like the old Evernote version, do the same, when copying an image.

As you can see, there also an image put to the clipboard, as well as some other meta information, which is optional. No problem here with other applications. If you are a software developer, you would check if the image contains an image and handle it accordingly. 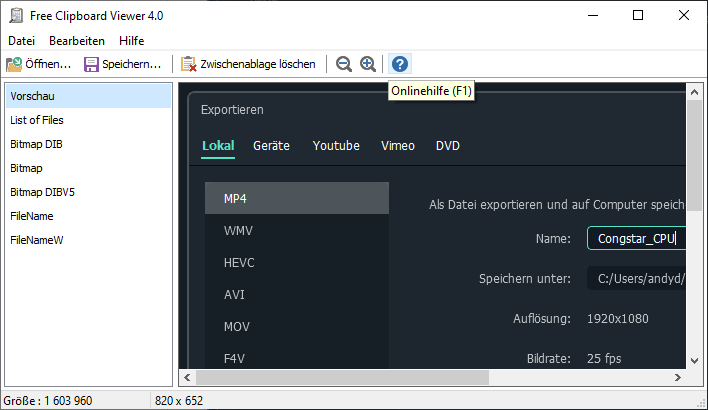 But now let’s have a look at modern applications. Evernote 10 is one of them. Evernote 10 was made to unify the applications across multiple platforms and also the web. This is a good and a bad idea. The good thing is, that you have more or less the same application on Windows, Mac and also in the browser online.

The bad thing is, that some custom operations are now handled in a more „multi-platform“ way. Let’s copy an image here. 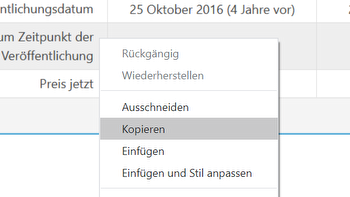 In the old version, the image was put to the clipboard that other applications could handle. In the newest version of Evernote you find something different, a HTML fragment. The fragment contains information about the image, as well as some sort of URL to the image. This works good in Evernote and you can paste the image somewhere else, because Evernote knows how to handle the HTML fragment and the code. However, other applications do not.

In my graphics application nothing happens, no image is pasted. The same things happens in my office software. And that’s bad. Because when you collect information in Evernote and can not copy it to your next presentation easily, the entire workflow is broken. 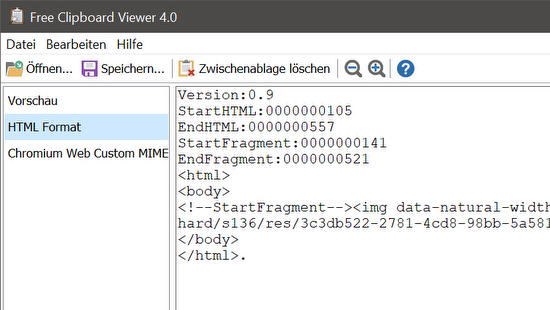 Let’s have a look to another application. Nimbus Note is an alternative to Evernote and also follows the multi-platform approach. Let’s copy an image from a note there. 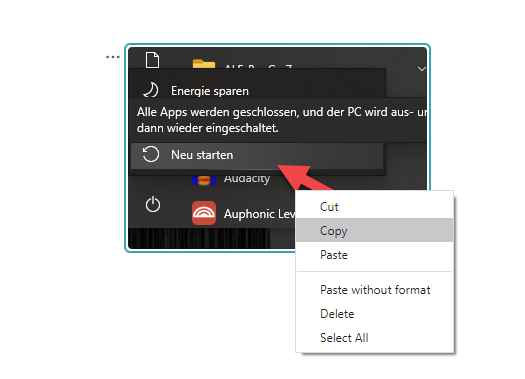 As in Evernote, there is no bitmap in the clipboard. The content is mainly text, the Markdown version of the image with local URL. It seems like Nimbus Note has a local web server running. 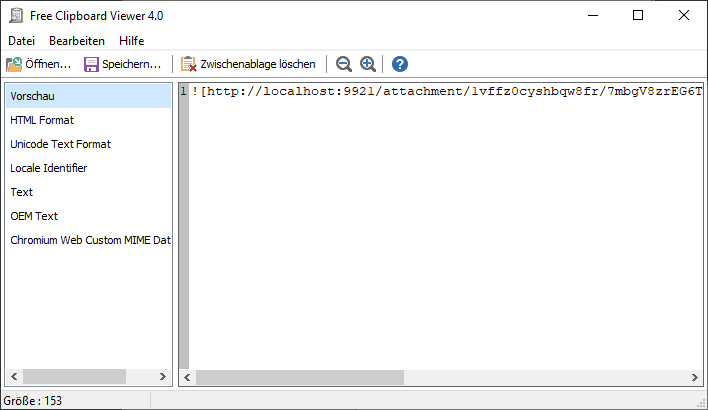 The good news is, that some applications work with this approach. Some applications like Microsoft Word are checking the links and are able to download and „paste“ the image to the document. Other applications as most graphics software do not. In most cases, the link itself gets pasted:

How an application should behave shows us Microsoft with its note-taking app OneNote.

If I copy an image here, a bitmap is pasted to the clipboard. So no problem pasting images here in other applications. The main reason for that, I guess, is, that Microsoft does not have the need to provide OneNote for multiple platform. Oh wait, they have a Mac version as well. So they just seem to pay more attention to such an important feature. 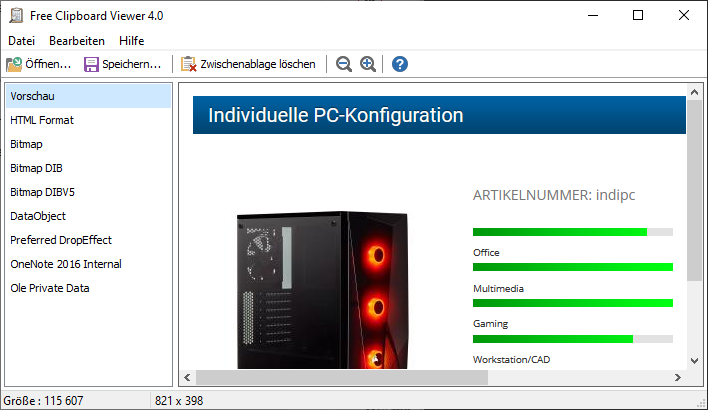 Well, I guess there is not really a good conclusion. Copy and paste of images have been working since I first used Windows, and that was Windows 3.0. It’s a shame that most applications do not seem to pay much attention to such functionality, and especially for note-taking apps this is awful. I suppose a lot of notes just do not just sit in the application itself, but will be rather used in other applications as well.

I asked the Nimbus Note team on this and my request got at least forwarded to the developers. Maybe something comes out of this. As for Evernote, there is a lot of complaining about this in the forums. But so far no solution. As a workaround, you can use these apps in the browser. If you copy an image here by right-clicking, you use the browsers function to copy an image. 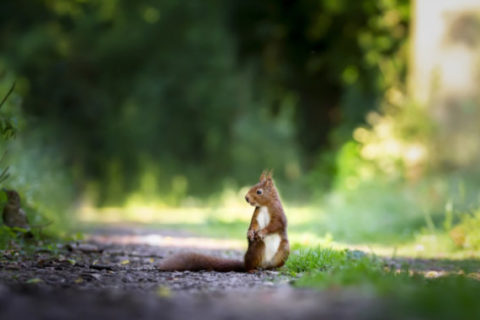 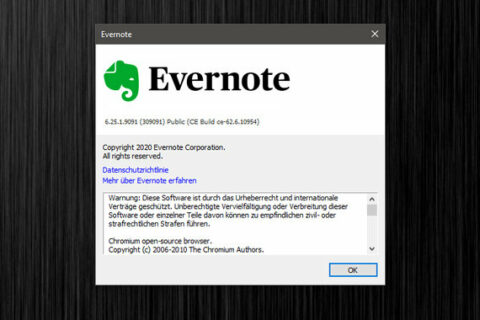 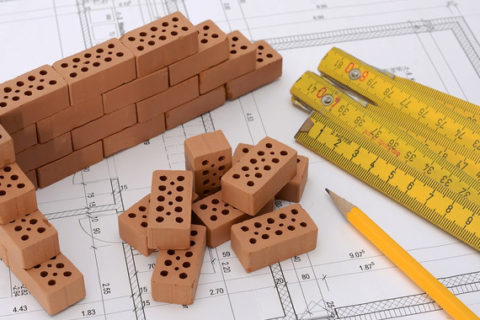 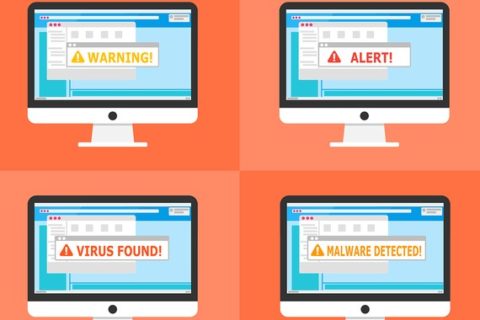